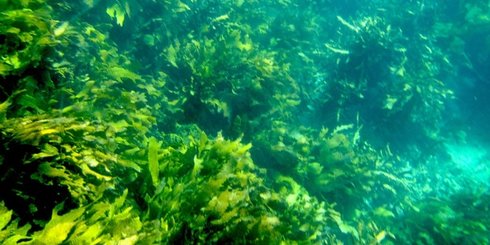 The concepts resemble science-fiction fantasy. But when Climate Foundation founder Dr Brian Von Herzen talks about his vision for permaculture restoration of land and sea it's possible to believe he could have good answers to some of the problems threatening human life on this planet.

The Climate Foundation is a United States-based non-profit organisation with teams of scientists and engineers carrying out research to find solutions to climate disruption and create food security around the world.

Dr Von Herzen and a foundation director, Rebecca Truman, visited Northland over the past three weeks before returning to the US after travelling to Western Australia for a research project following the foundation's win in the $3 million Australian Government Blue Economy Challenge for innovative proposals to boost aquaculture.
The pair were invited to Whangarei by colleagues to dive the Poor Knights Islands marine reserve and coastal waters between the Bay of Islands and the Whangaroa Harbour.
​
Thriving kelp forests around the Poor Knights impressed both Americans, although they considered the 800m-wide reserve around the islands too narrow. Keeping recreational and commercial boats three kilometres offshore would see fish in the sanctuary flourish to boost east coast catches for everyone, they said. And they were appalled to discover overfishing of snapper and crayfish, which eat kina, had led to the sea urchins destroying east coast kelp forests and creating kina barrens. 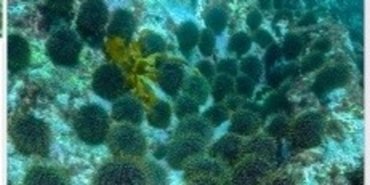 Kina barren on Northland coast. Photo / Wade Doak
Dr Von Herzen said if New Zealand laws were changed to enable recovery from the barrens it would allow harvesting of the prolific kina and exporting their roe to Asian markets where it is an expensive delicacy.
This move had cleared the invading urchins from coastal areas in California in the past and was now being tested to deal with the problem in Tasmania.

The Climate Foundation's ocean permaculture could help feed up kina starving when harvested from the barrens stripped of food.
Marine permaculture will grow kelp forests on grids of pipes floating submerged 15-25m below the surface of the sea far offshore, with ocean waves powering water pumps bringing nutrients up from deeper water, irrigating a square kilometre of kelp seaweed and creating a food chain for sea creatures of all sizes.
​
"Ninety-nine per cent of the world's oceans are desert. Oceanic permaculture will restore fish habitat in water below the depth of the keels of the biggest ships," Dr Von Herzen said. 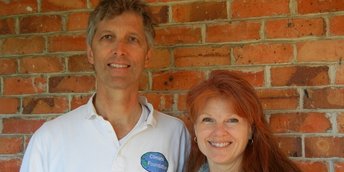 Climate Foundation founder Dr Brian Von Herzen and director Rebecca Truman. Photo / Mike Barrington
The Australian Government - concerned about the loss of 100km of kelp forests north of Perth in the past three years - is financing a foundation permaculture project which he said was expected to get under way in the Indian Ocean off Indonesia or Zanzibar by April. Wild deer in several parts of the world, including southern New Zealand, eat seaweed off beaches as part of their natural diet. Climate Foundation experts consider other ruminants such as cattle and sheep could also develop a taste for it.

"It's a popular salad for people in Hawaii, Japan and some other parts of Asia," Dr Von Herzen said. "And if the diet of cattle and sheep is supplemented with 2 per cent of dried red seaweed native to New Zealand it can reduce methane emissions from their stomachs by 50-70 per cent."

Ms Truman said fisheries around the world were collapsing through overfishing and the foundation's permaculture proposals to boost food production from land and sea would help New Zealand and other countries meet emission reductions agreed at the Paris climate change talks.
​
- For more information about the Climate Foundation, go to its website, www.climatefoundation.org.
- The Country
By Mike Barrington