The Earth is getting warmer. Luckily, scientists are working on creative ways to keep our planet cool.
​ 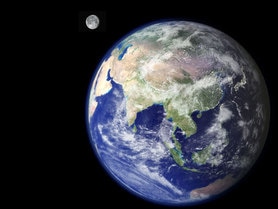 Give the Earth some shades.
NASA.GOV
​Sunglasses for the planet may sound strange, but astronomer Roger Angel wants to build a 10,000-square-mile solar sunshade made of sixteen trillion glass disks between our planet and the sun, which he has said would reduce the sun's harmful warming effect on our planet by 2 percent. Other researchers have suggested a similar solution, creating a ring of sunlight-scattering particles around the equator by blasting tiny pieces of reflective material (like glass) into space. The price tag of these projects? Slightly more than a pair of Ray-Bans; each would likely cost around $350 trillion. 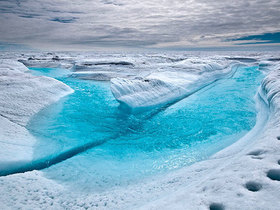 Wrap Greenland in a blanket.
GUARDIAN.CO.UK
As climate change causes ocean temperatures to rise, glaciers begin to shrink; and as the ice melts, the millions of people who rely on it for fresh water face a serious supply-demand problem. To help prevent this, professor Jason Box of the Geological Survey of Denmark and Greenland had the unique idea to wrap 10,000 square meters of Greenland, including coastline and glaciers, in giant polypropylene blankets that would both reflect sunlight and block out eroding winds. "It's going to be expensive," Box has said. "But when you consider the cost of reengineering our coastlines, this may actually be cheaper." 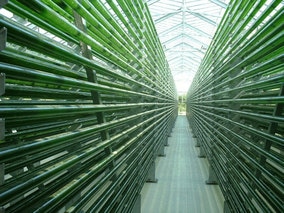 Feed pollution to the algae.
WWW.RENEWABLEGREENENERGYPOWER.COM
Scientist Peter Eisenberger, a professor of earth and environmental sciences at Columbia University, wants to use algae to get rid of carbon dioxide, a type of air pollution that comes from burning fossil fuels. When Eisenberger's team floated a certain type of algae in bags on water, then injected carbon dioxide into the water, they found that the algae absorbed the gas&mdash;and in fact flourished, growing twice as fast as the plants without the gas treatment. In theory, this technology could eventually slow down or even reverse the buildup of carbon dioxide in the atmosphere. 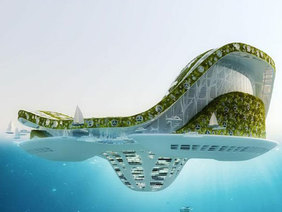 Float New York on the water.
VINCENT CALLEBAUT VIA GIZMAG
If you live in a city that sits at or below sea level (think New Orleans, New York City, Houston and others), you might want to familiarize yourself with architect Vincent Callebaut's Lilypad project. Callebaut's conceptual islands, which can theoretically accommodate 50,000 people, float on the ocean off the coasts of low-lying cities and are designed to use solar, wind, thermal, and tidal energies to create electricity. Should you pack your bags? Callebaut hopes the Lilypad becomes a reality by the year 2100. 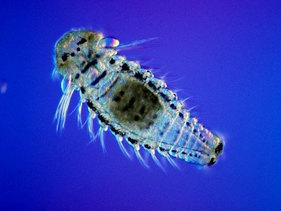 ​Get plankton to the ocean's surface.
HTTP://ESTUARIES.NOAA.GOV/
Scientists such as Brian von Herzen, Ph.D., founder of The Climate Foundation believe that phytoplankton, the microscopic organisms on the ocean's surface that absorb carbon dioxide from the air and produce much of our oxygen, could be key to curbing climate change. In order to increase the earth-friendly effects of plankton, these innovative researchers suggest we create plankton "blooms" by pumping nutrient-rich water from the bottom of the ocean to the top.