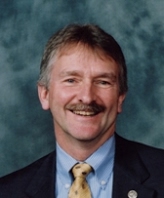 Bob Mollenhauer is a fundraising director for the Climate Foundation. He previously served as chief development officer at Woods Hole Research Center.
Before coming to Cape Cod, Bob was director of development for the College of Natural Resources and Environment at Virginia Tech. Prior to Virginia Tech, he was vice president at Roanoke College in Salem, Virginia and at Slippery Rock University, a member of the Pennsylvania State System of Higher Education.​

At Slippery Rock University, Mollenhauer directed the successful $33 million Campaign for Slippery Rock University as well as having overall direction for fundraising, public relations and alumni relations. He also established RockNet, an interactive career services network; the President’s Advisory Council, and managed the upgrading of the alumni magazine.

Mollenhauer was the head baseball coach at SUNY Brockport in Brockport, NY and at Middlesex Community College in Bedford, MA.  His teams won more than 100 games in his coaching career and participated in the NCAA Tournament.  Mollenhauer played professional baseball for 5 years in the Oakland Athletics minor league system earning California League All-Star status. Mollenhauer managed a C.E.T.A. program for disadvantaged students and was a wilderness instructor at Wilderness Ventures, a travel camping program for high school students.

He earned a Master of Education degree in counseling at Boston University and a Bachelors of Arts degree in English and Psychology from Lafayette College. Bob and his wife Laurie live in Mashpee, Massachusetts and have two sons: Dale and Brett.