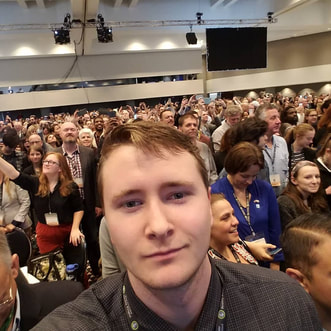 Sean studies politics, philosophy, and economics at the University of Washington Tacoma. Climate and environmental policy issues have always been at the forefront for him, and as an activist he's been involved with environmental groups like 350, the Center for Biological Diversity, the Sunrise Movement, Citizens Climate Lobby, and the Climate Reality project.
As much as he's fought against greenhouse gas pollution, he realized that we need to do more than that. We need to drawdown existing carbon in the atmosphere and halt dangerous feedback loops like coral bleaching.
In 2018, he started r/ClimateOffensive as a way to channel the despair on reddit into action. He's since surveyed different climate solutions, and hosted several successful fundraisers and AMAs with groups fighting climate change. For the Climate Foundation, he plans to harness his skills as an organizer to rally volunteers and build a grass roots wing of the Climate Foundation. ​