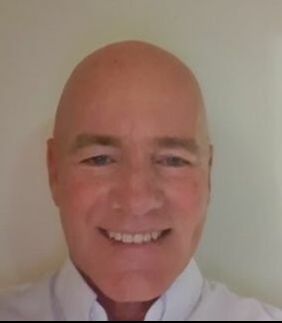 Malcolm Prowse has extensive experience in private sector, non Government and Government at Local, State and Federal levels as well as being recognized internationally for his work with the United Nations and other international organizations.

Malcolm has received two awards from the Australian Prime Minister in 2000 and 2002 recognizing his work for Peace and Stability in the Pacific Region. He received the prestigious Gusi International Peace Prize in 2005 said to be the Asian equivalent of the Nobel Peace Prize.
​
Malcolm has urban and regional planning qualifications from ANU and post graduate studies at UQ. He had his own practice as an advocate at the Planning Tribunal in Victoria. He then managed the office of an environmental law practice in Qld  for three years. John Haydons Chambers was recognized as one of the leading Planning and Environmental Law practice in Qld representing Brisbane City Council in Brisbane and developers throughout regional Queensland at the Planning and Environment Court. During this period Malcolm was the founding Editor of Queensland Planning Notes and founding CEO of the Queensland Environmental Law Association, and worked to help establish the National Environmental Law Association with a series of National conferences.

Malcolm was recruited by the Goss Queensland Government to work with the Systems Review team which laid the foundations for the current Planning and Environment Act. He was seconded to the Fitzgerald Fraser Island Inquiry to help write the dispute resolution section.

During his 10 year period with the Queensland Government he managed the $250 million annual budget, program and planning of the State Government Housing Capital Works Program for 7 years which included the management of the Housing Industry Trade Training scheme and the strategic asset management of the $5 billion housing portfolio.

He received numerous awards including Royal Australian Planning Institute and Commendation from the Premier of Queensland for two international Memorandums of Understandings with the Chinese Government Housing Dept and the Government of Ho Chi Minh City.

Malcolm spent 15 years as State President and National Vice President of the United Nations Association of Australia and established Habitat Pacific, an NGO that organised nearly every major forum on Sustainable Development in the Southern Hemisphere between 2000 and 2005.

Malcolm personally invited the second official delegation from the USSR to Australia since WW2 and hosted them at a Bi Centennial UNAA conference attended by the Governor General in 1988 and attended a world plenary conference in Moscow in 1989 where the end of the Cold War was officially declared. He helped draft the final conference declaration with delegates from USA and USSR which later was recognized as the official Declaration of the end of the cold war.

Malcolm was an official observer at the UN supervised ballot in East Timor August 1999 and spent the next 4 years assisting the development of the Timor Leste Government including organizing a major strategic planning forum in Brisbane with a think tank of 150 influential businessmen and Officials.

Malcolm has spent the last 12 years passionately promoting the Organic and Functional Food and Beverage industries, focused mainly on coconuts, developing next generation coconut products and introducing and representing some of the worlds best brands to Australia in the functional food and beverage industry. Although his business was all but destroyed in the Brisbane Floods in January 2010, he continued to provide leadership in developing the coconut industry with a very active research and development program. His business interests span next generation functional foods, petfoods and stockfeeds, mainly focused on coconut, seaweed and Australian wildfoods. He is importing certified organic fresh coconut products from Thailand and setting up a community based sustainable supply line in the Solomon Islands for coconut and seaweed products. He is leading a project to establish an International Peace Park and resort in Guadalcanal to celebrate 75 years of Peace in the Pacific with support from Governments and Business in Japan, USA, Australia and Solomon Islands.

He currently is a representative of the Climate Foundation in Australia, working with Dr Brian Von Herzen, Climate Foundation CEO based in the USA to involve the Australian Governments, Universities and Business in the establishment of a Marine Permaculture industry in Oceania.
​
Malcolm has had a history of working with indigenous cultures to establish community based sustainable development in East Timor, Indonesia, Solomon Islands and Australia.