The Problem: Too much carbon dioxide in the atmosphere 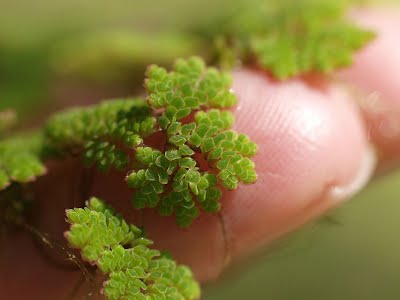 Do you know about The Azolla event? Fifty million years ago, one plant, all by itself, in the Arctic Ocean, right near the North Pole, pulled 3,000 parts per million CO2 out of the atmosphere, single-handedly, in 800,000 years.

This is what The Climate Foundation looks for in nature–when nature does something without our interference at all, that solves our problem. This is what we have to listen to. Azolla is an amazing plant.

It’s this tiny little plant that has a symbiosis between the plant itself and a cyanobacterium that lives in the plant, it produces omega-3’s and fixes nitrogen.This plant is an aquatic fern. It grows ten centimeters thick on the top of fresh water. So how did it survive in the Arctic Ocean? Two reasons. One, the Arctic Ocean was closed, not open, with very limited circulation.
Secondly, ambient temperatures were 20 to 30 degrees Celsius. And thirdly, phosphate was pouring out of the rivers into the Arctic Ocean. So, what happened? Near the river mouths, azolla was growing, taking all the phosphate it could, and doubling its mass in less than three days. ​
Every summer, Azolla covered large parts of the Arctic Ocean. How can that be, since Azolla is a fresh-water fern and the Arctic Ocean is salty? Every summer the Azolla grew out from the fresh river mouths out over the Arctic Ocean and, as it did so, it kept the waves down, it kept mixing down, and the fresh water created a lens on the surface, propagated through the Azolla, and created more fresh water on the surface. So it kept growing and growing. With a doubling time of 3 days - this is why we have to harness biology to solve the climate problem. Biology has been fixing carbon for three billion years. We have to learn from the past and learn from nature, to understand what natural systems we can leverage to sustainably sequester gigatons of carbon.
Now, that simple system in less than 800,000 years pulled down 3,000 parts per million of carbon dioxide. We would be happy to do 1/30 of that which would be 100ppm of the 3,000ppm . That would take us back to 350 parts per million of carbon dioxide. However, there is currently 410ppm CO2 in the atmosphere, which would require us to only pull down 60ppm->1/50th. So it’s an incredible opportunity. And when we look at places like the Santa Barbara Channel, the Black Sea, and other places that are already anoxic at the bottom, in the middle, and we think, “How can we harness something like azolla to ensure food security, avert food riots and water wars, and yet at the same time sequester this scale of carbon?” These are the kind of natural positive outliers that we look to, to actually do this.

As a result of learning about the wonderful little plant, the Climate Foundation has begun growing Azolla in the warm geothermal waters of Nevada.

For more information about The Azolla Event, see https://en.wikipedia.org/wiki/Azolla_event
Photos by Ingrid Taylar and Ramashng